Once again timber harvesting machines have been blocked by Polish, Czech and Romanian activists who stood up to defend the forest together

Activists from Greenpeace, Dzika Polska and a group of people from Romania and the Czech Republic blocked heavy tree felling machines that have been operating in valuable and old parts of the Bialowieza Forest. They spread out banners with slogans in Polish, English and Czech calling to stop the logging.

The logging in the forest is an appalling issue not only for people in Poland but also all over the world. That is why early in the morning in Hajnówka forest district, near Postołowo village, a group of Romanian and Czech protesters joined the Greenpeace and Dzika Polska activists. They wanted to show that the forest is utterly unique – it is the only European lowland forest on the UNESCO World Heritage list. As such, it deserves special protection and the whole of it should become a national park.

– Despite the police intervention during the blockade last Thursday, we do not give up. There are more and more people who stand up for the forest. Our demand is to stop the logging of the most valuable woodland in Poland. Once again we block the machines that make the forest disappear before our very eyes, said Katarzyna Jagiełło, Greenpeace Poland. It is scandolous that two weeks before the UNECO summit in Poland its host, which is the Ministry of Environment, permits mass devastation of the only nature UNESCO Heritage Site in Poland, she adds.

– Bialowieza Forest is the last lowland forest on the European continent – our common heritage. I just can’t believe that it is being destroyed. I have many friends in Poland and I have visited the forest many times. I was enchanted by its beauty. I’ve been actively taking part in narture protection actions in the Czech Republic, for example, in the blockade of tree felling in Szumawa National Park, where we were supported by many people from Poland. I’m happy I can show my gratitude now, supporting nature conservation in Poland. We were successful in Szumawa and the national park there is now visited by thousands of tourists each year. This in turn helps the local community suport themselves. We hope the same thing will become true for the Bialowieza Forest, said Jaromir Blaha, a Czech participant of the blockade.

– It’ s a shame that people from abroad have to defend the World Heritage Site from the Polish Minister of Environment, who finds profits from timber industry more important than preservation of natural forests and protection of natural processes, said Adam Bohdan from Dzika Polska Foundation.

Heavy timber harvesting machines have been felling trees in over century-old forest stands and in UNESCO protection zones, where the preservation of natural processes should be the priority. On the contrary, what is happening in the forest are works dealing with removal of dead spruce trees which, according to European Commission, should be left in the forest to ensure continuity of natural processes. Moreover, the works are conducted less than three weeks prior to the meeting with UNESCO Committee in Cracow, which will be hosted by the Ministry of Environment.

It is the fourth blockade of heavy tree felling machines in the forest conducted by Greenpeace and Dzika Polska activists. Two of the previous ones – on May 24 and 30 – ended up after the information about withdrawal of the machines had been confirmed. The third one – on June 8 – was terminated by police intervention. 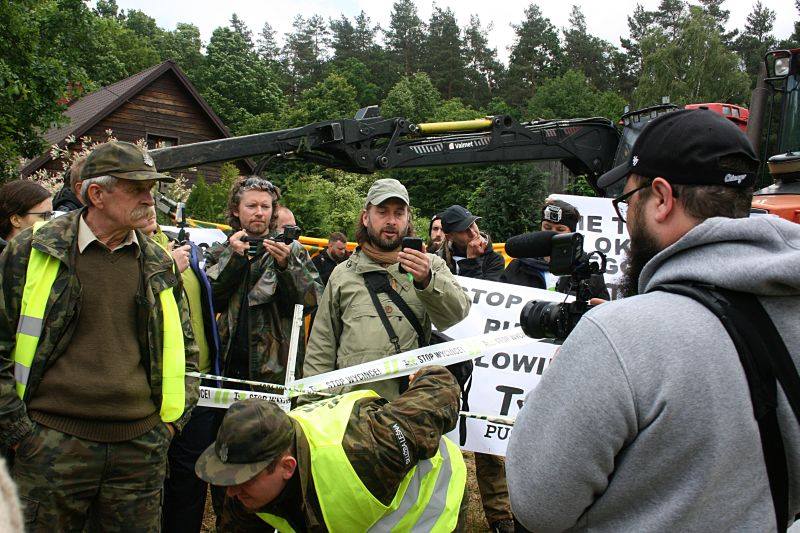 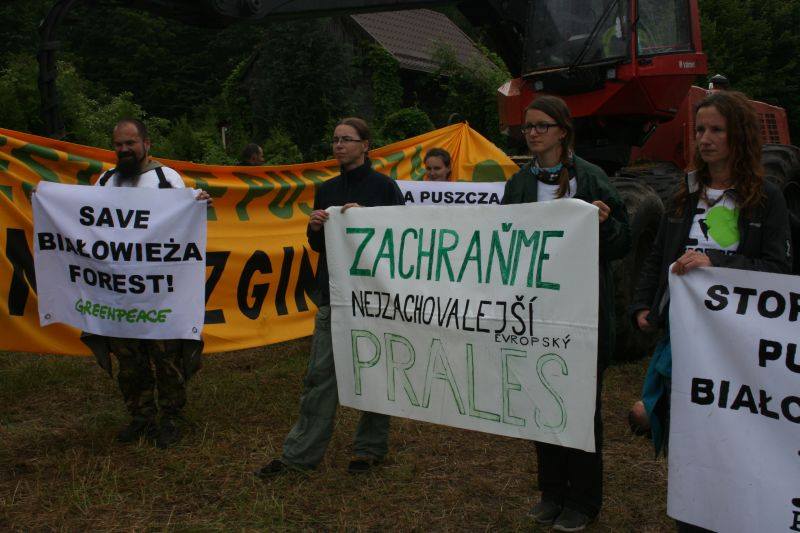 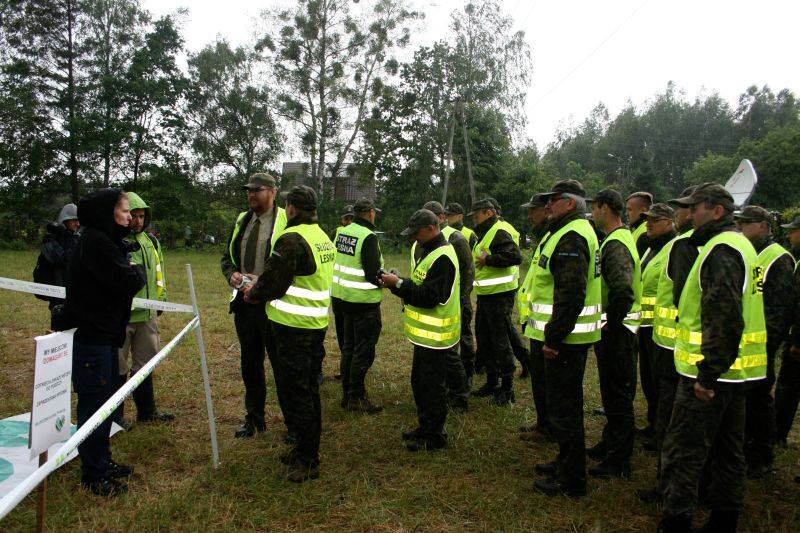 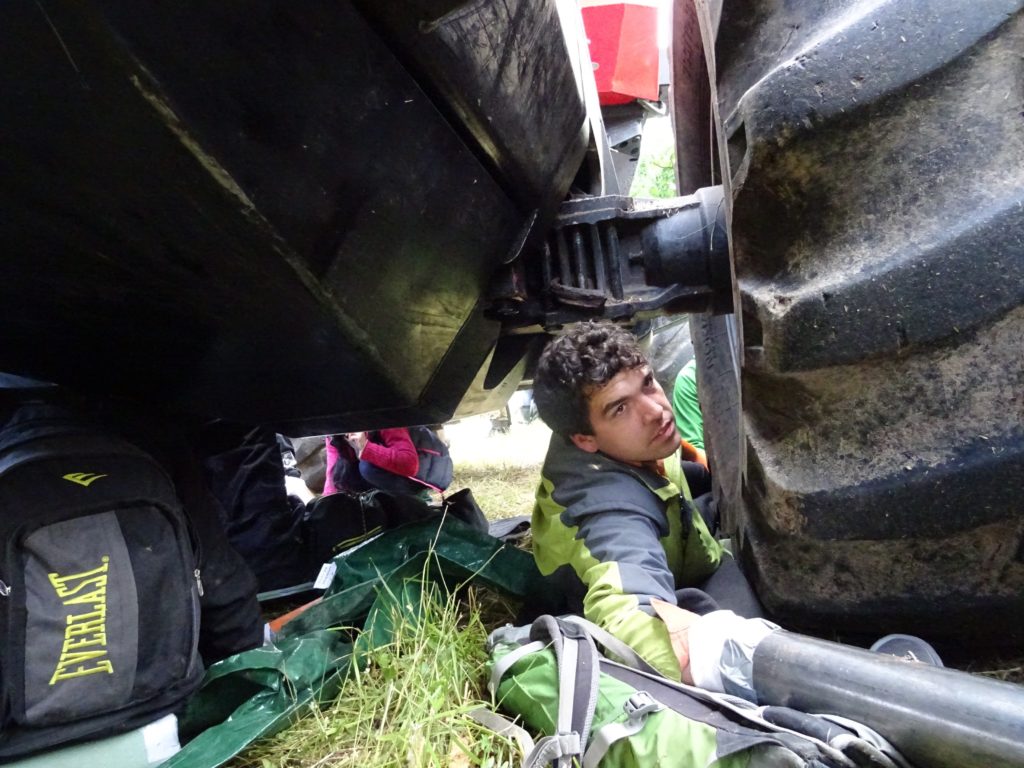 Scientists banned from the forestFourth blockade of heavy machines finished