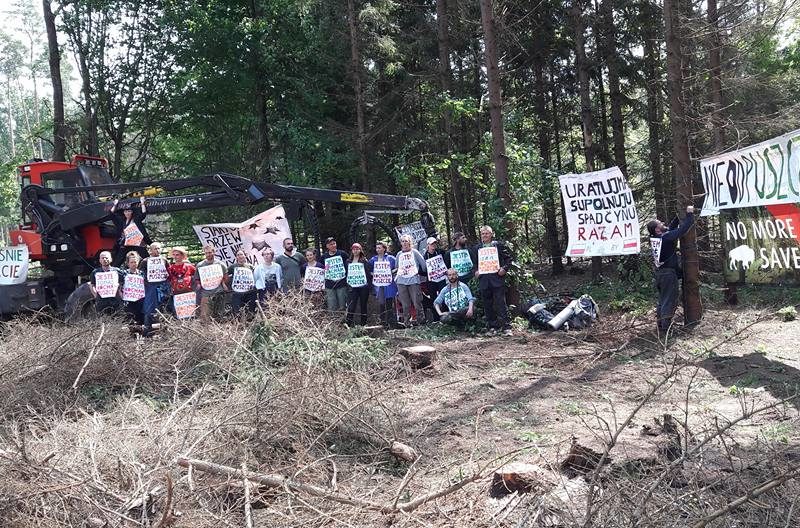 The situation is in the Bialowieza Forest building up. Activists from all over Poland are arriving to the forest. The same about forest guards, as the general director of State Forests (Lasy Panstwowe), Konrad Tomaszewski, issued a decision according to which each of the regional forest management bodies (there are 17 of them in Poland) has to send 3 people to the Bialowieza Forest to support local forest guards. They are to create reinforced intervention teams that will work in two shitfs daily from Monday to Saturday. The teams will be activated during the UNESCO summit. They are to guard the harvesting machines so that they could keep working. They will also watch the Forest, so that nobody breaks the access ban and enters the Forest, where destruction is taking place at an incredible speed.

Meanwhile, the 6th blockade of heavy machines started deep in the forest today. Once again activists with their bodies and risking further legal consequences try to stop the destruction of priceless ecosystem. They were not dicouraged by heavy storms that were passing here today, nor by the fact that legal procedures were started againts many activists or just their supporters. In the current days more and more people are getting letters from the prosecutors, informing them about charges. Some persons were charged with over 10,000 PLN fines. The money should be paid in 7 days’ time or their cases will be taken to court. The fines were calculated according to potential loss of the State Forests (one of the richest state owned companies that manages a third part of our country) due to machine blockades. However, the people who received the fines, did not take active part in any of the blockades. They just appeared on the site and showed solidarity by being there and greeting the activits.

Once again, the blockade attracted attention of the media. Swiss TV was present there.

This weekend UNESCO Summit starts in Kraków. Let’s show our solidarity! Get involved! 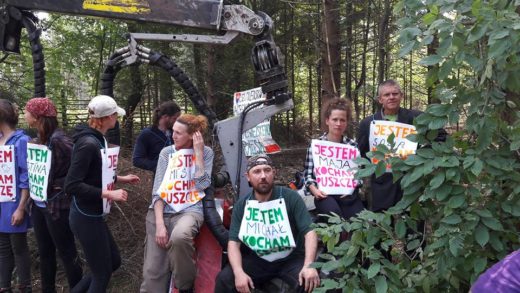