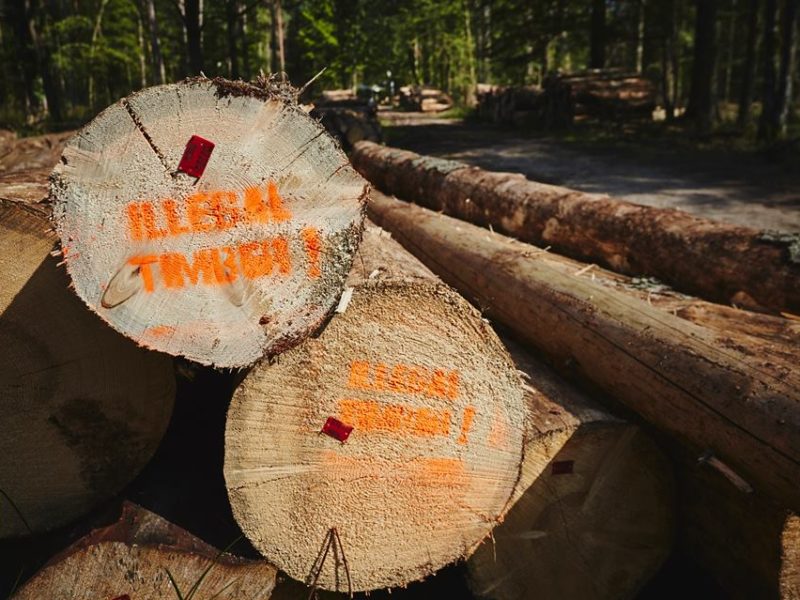 After a few days with harvesters parked instead of working, the situation is back to what it had been.

Yesterday (5/9/2017), during a patrol, 4 activists came across a harvester and a forwarder in the old-growth forest in the Forest District of Bialowieza (one of the three districts, and the one where any logging is banned). The harvester left the place immediately, while the forwarder didn’t stop. It was heading directly into the activists ready to run over one of them but the activist jumped aside in the very last moment. The driver, when asked to stop, refused to do that. He warned he could call the police, whereas in fact he was the one about to harm other people. One of the activists jumped onto the back of the forwarder and rodeo began. Even a car of the Camp for the Forest did not stop the forwarder’s operator. He hit the car instead, damaging part of it. Finally, the police was called by the activists and wrote the damages down.

Such an openly violent and dangerous situation has never happened before.

On the 11th of September the European Court of Justice will announce their sentence concerning the Bialowieza Forest. The closer the day, the bigger the aggression and tension gets.

One thought on “Dangerous behaviour of a machine operator”