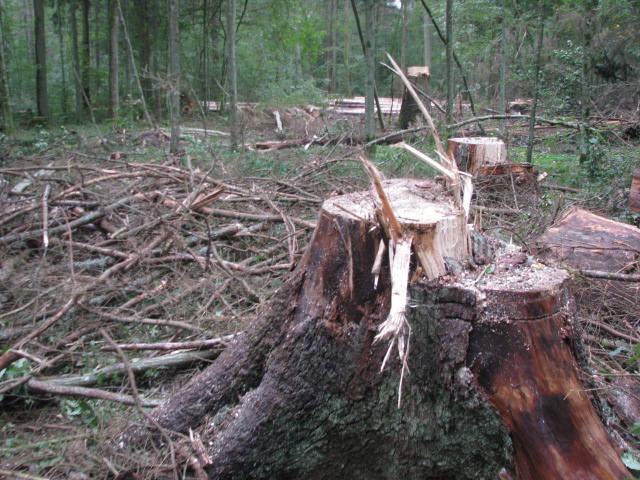 European Commission is about to impose penalty for the logging, whereas Szyszko keeps devastating the Forest and hurriedly sells harvested timber.

After Minister Szyszko was interrogated in Luxemburg, the European Commission has 4 days to justify their request to punish Poland. Poland has 4 days for a reply.

It might be assumed that after such significant conversations and while waiting for the decision to be announced, the State Forests would at least take a break in the devastation of the Bialowieza Forest. And yet, just a day later, the logging was being continued. On September 12. harvesters set off to cut down c. 160-year-old spruces and almost 200-year-old oaks in the square 338Ba. On this very day the machines left the Forest twice after the logging site had been blocked by activists. At night it was pouring with rain and the forest guards had to withdraw under the pressure of the activists.

On September 13. the works were continued again. It means violation of both Polish – Natura 2000 conservation plan, and international law – decision of the European Court of Justice and of UNESCO. While trees were being logged, trucks kept transporting timber from the Forest.

Harvesters were guarded by forest guards whose new squads had been delegated to the Forest this week. Also additional police forces from Białystok supported the guards.

Despite the bans and interrogations of the European Commission, destruction of the Forest in being continued. The Camp for the Forest keeps monitoring the situation and tries to stop the destructive works. 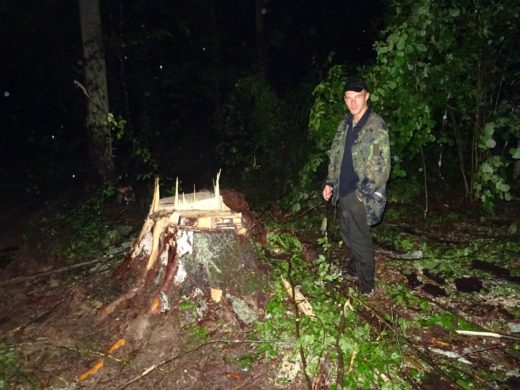 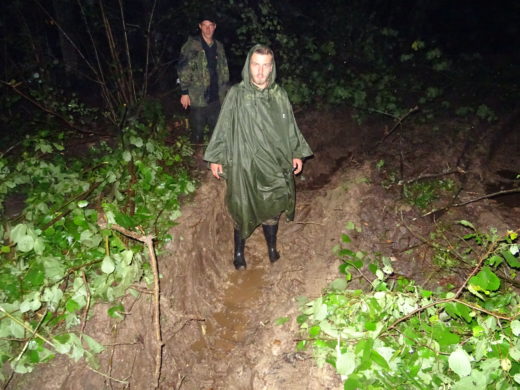 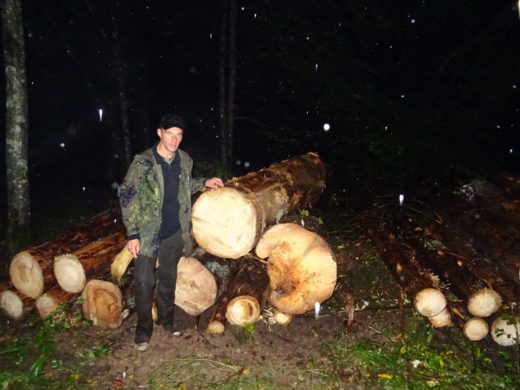 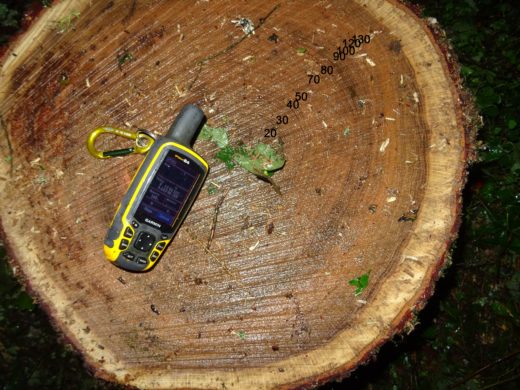