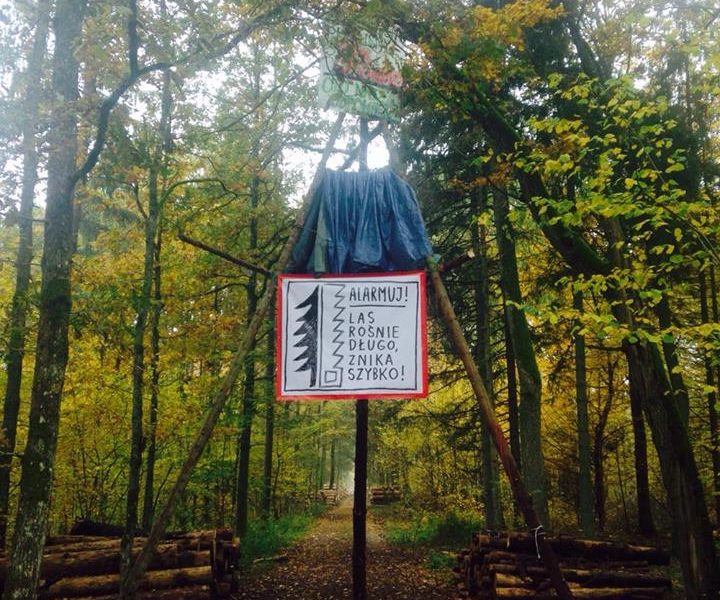 European Commission wants Poland to pay for each logged hectare of the Bialowieza Forest, also, to be more precise about safety cuttings and to limit them only to roads connecting local towns or villages. At the same time, a blockade on Wilczy Tryb has been continued for about two weeks now without a stop.

Last weeks have seen ceaseless commercial logging in over 100-year-old forest stands and in protected habitats. The extracted timber was sold. The excuse was ensuring safety for people who find themselves in the Forest. That is also why making things clear about the cuttings is so important.

Latest data shared by local forest districts show that till the end of August over 138,000 m3 (c. 140,000 trees) were cut down in the Bialowieza Forest, 35% of which in old-growth forest stands. Taking into consideration current pace of works, activists estimate that up to the present the total timber extraction might be about 180,000 m3, which means four times more that the average timber extraction given in yearly forest management plans, says Adam Bohdan from Dzika Polska. 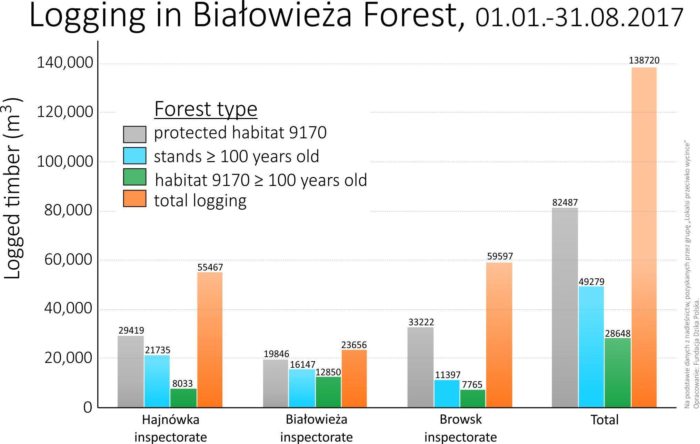 Lots of trees were logged especially in the precious old-growth forest near Wilczy Tryb – just next to the national park. Only a few months ago the place was covered by almost 200-year-old spruce-and-oak forest. Now, it is filled with a few metre high piles of logs. This timber, according to the European Court of Justice and in line with Natura 2000 protection plans, should remain in the Forest. Therefore, activists keep the blockade, making transportation and further works in that area impossible. 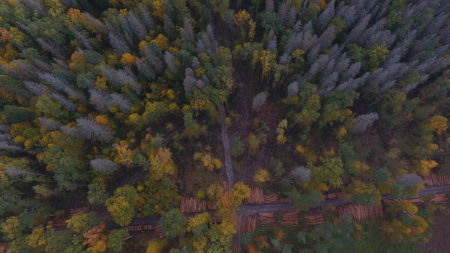 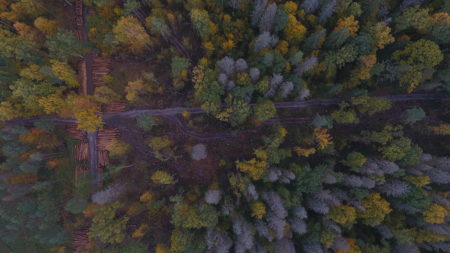 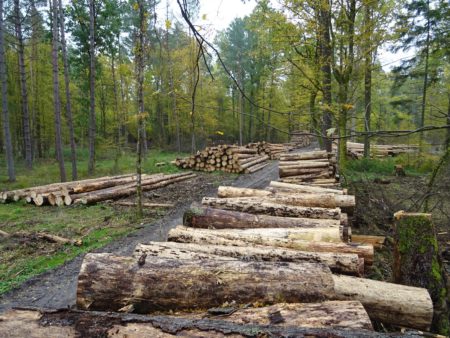 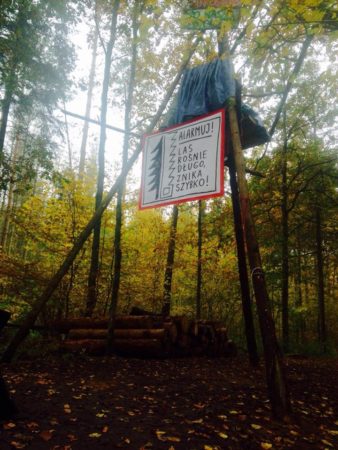