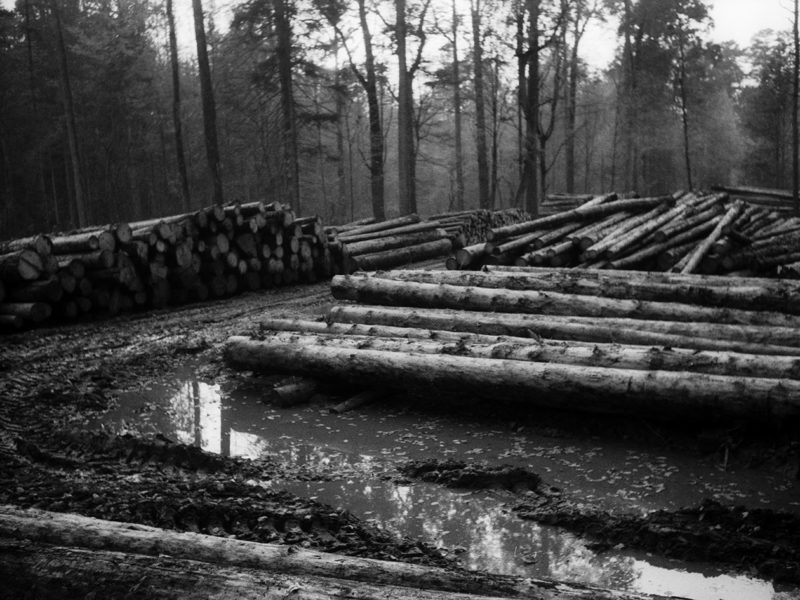 The data obtained from the local forest districts and analysed by Wild Poland Foundation and Camp for the Forest show that this year – till the end of October – 165,800 m3 of timber were harvested in the Forest, which stands for c. 150,000 big trees. Timber extraction did not come to an end even after the Court’s decision according to which the logging was to be stopped immediately. Since the beginning of August only in two out of three forest districts – Browsk and Hajnówka – 27,100 m3 of timber were harvested.

We estimate that up to the present Białowieża Forest suffered a loss of c. 170,000 grown trees, which is 180,000 m3 of timber. The last similarly high timber extraction was noted in 1988, under the communist rule. Half of this year’s logging was conducted in natural, over-100-year-old forest stands, so in the protected areas of the Forest. Large part of logging was conducted in protected habitat 9170 Tilio carpinetum – linden-oak-hornbeam forest. This is also one of the main reasons of taking Poland to the European Court of Justice and of confirming that European law has been violated. It is the preservation of old-growth forests that forms the basis of protection of the most significant habitats and species in the Białowieża Forest.

Decision no. 51 from the 17th of February 2017, signed by the director of the State Forests, Konrad Tomaszewski, gives foresters the possibility of limitless logging on the 2/3 of the managed area of the Forest. Browsk and Hajnówka forest districts have, most probably, already met their timber harvesting limits foreseen for the period of 10 years, which is until 2021 (diagram below), and are busy preparing new annexes to the Forest Management Plan. It should be kept in mind that it was the very Annex to the Management Plan signed by minister Szyszko on the 26th of March 2016 that spurred the European Commission to initiate proceedings against Poland.

(Source: Wild Poland Foundation, Camp for the Forest on the basis of data from the local forest districts)

Despite the ongoing proceedings and the Court’s ban on any logging within valuable forest stands, during the last days activists from the Camp for the Forest documented transports of logs from the Forest and lumberjacks at work, which can result in financial penalties for Poland of at least 100,000 euro for each day of breaking the ban. Also today, during the Court’s session, the logging was being continued in Browsk forest district.

Today’s session of the European Court of Justice is most probably the last concerning this case. The Court is going to analyse all the materials and within a few months will pass the judgement. Certainly, minister Szyszko’s and the State Forests’ decicions – such as breaking the previous bans on logging and issuing new annexes – will have impact on the shape of the sentence.

Photo from the Forest by Jacek Kusz. Thanks!