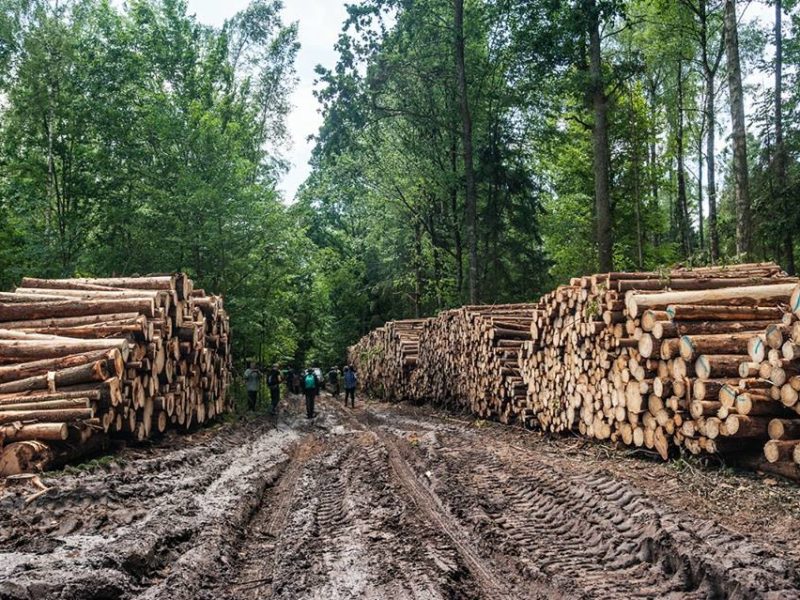 There are quite a few difficulties activists defending the Bialowieza Forest have to face. Not only are these hardships of slowing the logging down by blockades and sacrifice they involve. Now, these are also very high penalty charges that add up to the list.

The State Forests’ unit responsible for transportation from Giżycko, which is in charge of the machines used for timber harvesting in the Forest, has employed a legal office to send letters with payment requests to all participants of the blockade from May 30th. What is more, people who get the request were often only visitng the site of blockade to show their support for the activists.
‘Let them be afraid. When they were doing their mischief, they weren’t frightened, and now they are?’ says the director of the unit.
The activists, however, don’t let anybody scare them away. They believe in the power of solidarity. They also started collecting money to employ a lawyer that would help them tackle the problem with penalty charges.
Donations would be very helpful. The Forest is our common legacy.