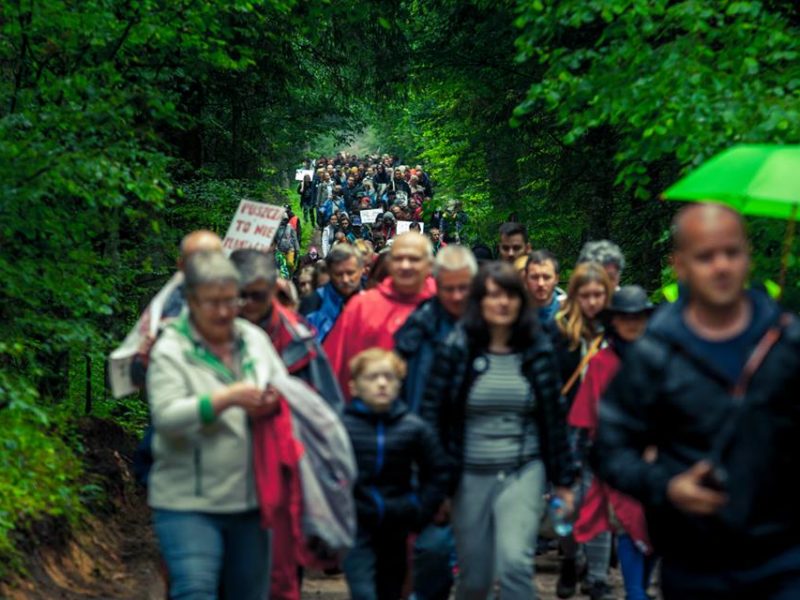 The weekend is coming to an end, which also means the end of the Weekend for the Forest.

The series of events in Białowieża that lasted from June 15th to 18th proved to be very interesting and successful. Much more people than initially expected arrived from all over Poland to support the idea of protection of the Białowieża Forest. They attended meetings, lectures, films and concerts. The most important part, however, was the March for the Forest. It was a magnificent act of solidarity with about 800 people breaking the ban imposed by the State Forests to hide the logging from publicity. Even heavy rain did not discourage the participants who walked in the forest to show their right to this piece of wilderness and their will to keep it wild. They protested against Minister of Environment policy according to which logging in the forest was increased threefold, which causes irreversible damage at a very fast pace. 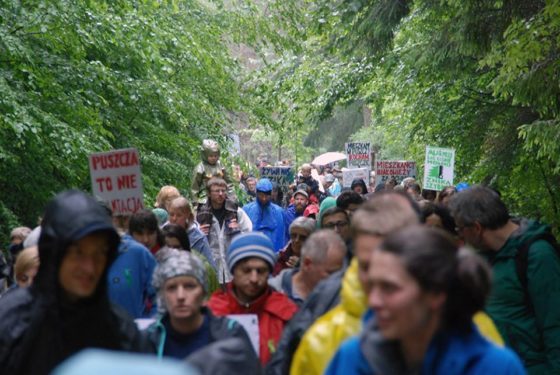 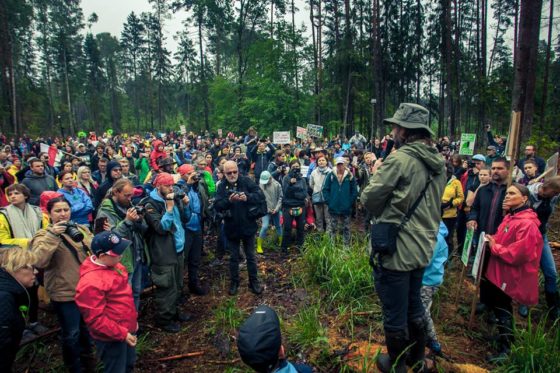 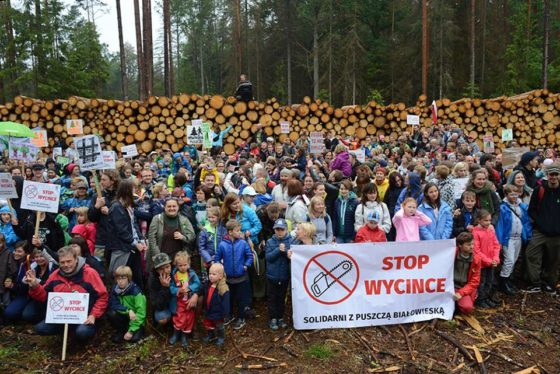