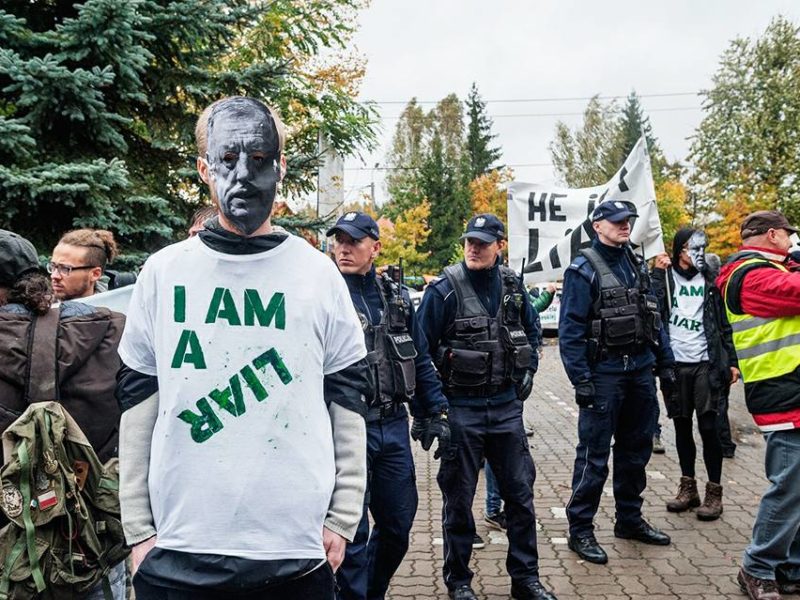 Jan Szyszko will justly go down in history as the biggest pest destroying Polish nature, though his deeds have also been detrimentally tragic to people. He has managed to annihilate huge areas of the Białowieża Forest (thus instigating a conflict with European Union institutions), have trees in cities cut down, contribute to local depopulations of certain animal species (such as the wild boar), maintain unfavourable provisions in the hunting law which result in the possibility of fatal incidents during hunts, and systematically promote the “life-giving” – as he calls it – carbon dioxide instead of energy from renewable sources, leading to increasing numbers of respiratory diseases. He has also given up on subsidising nature-related and ecological initiatives, as he pumped millions into projects sponsored by father Tadeusz Rydzyk, a media mogul with influences in the world of Polish politics.

We are not able to fully assess the consequences of Szyszko’s ideas, as many of them are still to be put into force. The hydro-technological ones, as well as the whole dismantling of the system of environmental protection are like a ticking bomb. Jan Szyszko was also very successful in destroying the good image of Polish foresters. It is thanks to Szyszko that in terms of the treatment of World Heritage objects, Poland is now seen on equal footing to the Taliban. Fortunately, the European Commission, the European Court of Justice, or the UNESCO Secretariat have not fallen for his lies. We hope that he will be held liable for the huge destruction he has caused in the world of nature.

In an attempt to be objective, however, certain positive aspects of Jan Szyszko’s days in office should be mentioned. It was thanks to him that environmental and ecological social movements in this country have been revived, engaging thousands of people. Among these are: Camp for the Forest, over a dozen groups regularly obstructing organised hunts in the vicinity of the bigger cities, movements taking care of city greenery, suburban forests, and the remaining wild pieces of other Natural Forests, as well as air quality. All these undertakings would never have come into being – or at least not as vibrantly and strong – if it was not for Jan Szyszko. These people will not give up that easily. A disaster was needed for citizens to wake up and start caring for their conditions – both the living ones, as well as of the nature around them.

The deposition of Szyszko is a small justice in light of the huge devastation of the Białowieża Forest. Its wounds will take ages to heal. Proceedings are still pending before the European Court of Justice. It is possible that there will be penalties placed on Poland, for which we will all have to pay.

The new minister is Henryk Kowalczyk – a mathematician, local government official, in the administration of PM Mateusz Morawiecki from 2017. It is difficult for us to comment on the new minister, nor on how this choice will influence the situation of the Forest. However, we cannot simply imagine a minister for environment worse than Jan Szyszko. PM Morawiecki has publicly declared to proceed according to the judgment of the Court as far as the Forest is concerned.

That is why, it is with optimism that we are looking into the future. 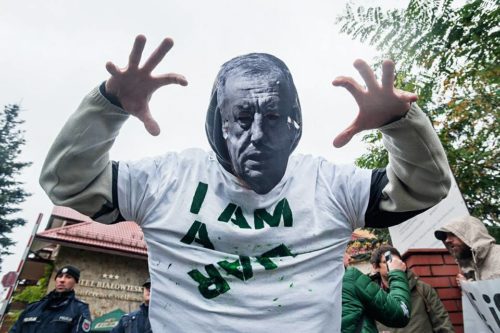 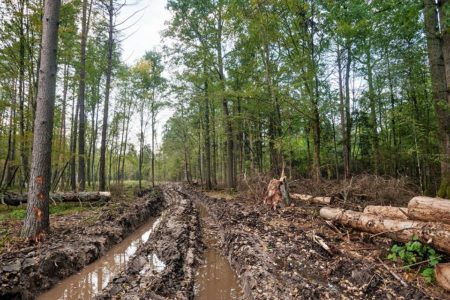