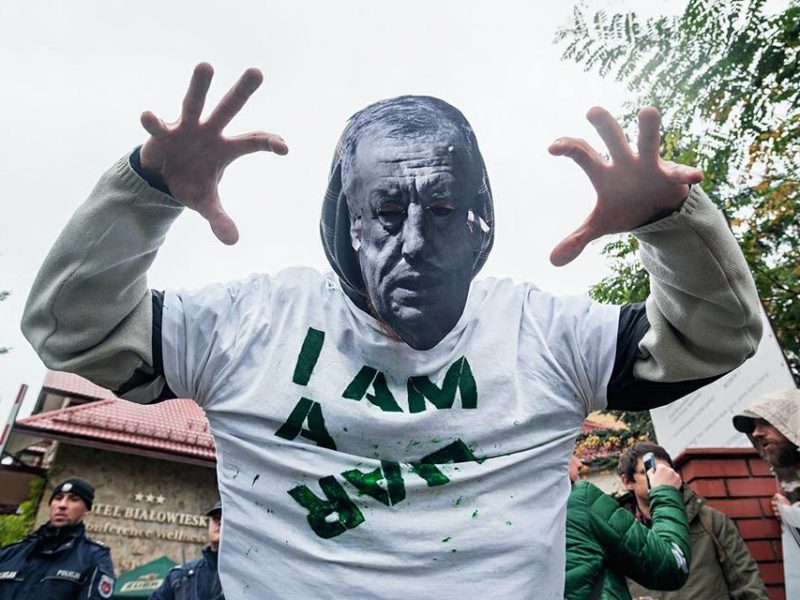 On Monday, October 9., conference Las2017 (Forest2017) began. This year’s motto is: Forests – our common good. The conference is accompanied by celebrations of the 4th European Forest Week.
Participants from over 50 countries took part in the event. Among the guests there were also ministers responsible for environment, forest management, also scientists, representatives of Polish and foreign timber industry as well as NGOs.
During the conference minister Szyszko once again repeated his interpretation of facts concerning nature protection in Poland. It has to be clearly said that this interpretation is very far from reality and can be called a lie.
On Friday, Oct. 13., participants of the conference were invited to Białowieża Forest. One of the first elements of the trip was a ‘spontaneous’ welcome on the part of Santa association – a local organization closely connected with timber industry, State Forests and minister Szyszko. According to Santa, 90% of Białowieża Forest was planted and therefore created by the local community. The chairman of Santa, Walenty Wasiluk, is also a manager of a company selling timber and wooden goods. On the day of the meeting in Białowieża, Santa blocked the Hajnówka – Białowieża road, hindering traffic, yet, the police did not even react. At 11 a.m., in front of the Mammal Research Institute of Polish Academy of Sciences in Białowieża members of Santa piled bark on the enterence road. Again, the police was unwilling to come, unless only after 5 p.m. Neither do forest guards react to any of Santa’s activities, so strong is the association’s connection with minister Szyszko.
Local inhabitants who are against the logging, were not allowed to enter the conference, even despite their previous requests directed straight to the organisers. So, ‘Locals Against the Logging’ protested during the greeting of the participants in front of Białowieski Hotel. Their slogan was: He is a liar!, because minister Szyszko does not tell the truth about what has been going on in the Forest and this fact cannot be denied. 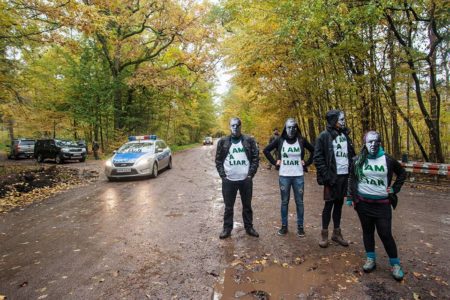 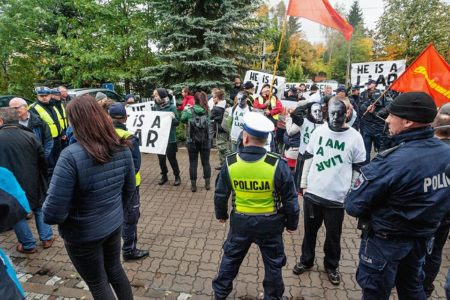 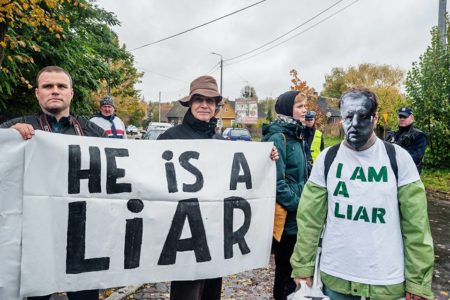 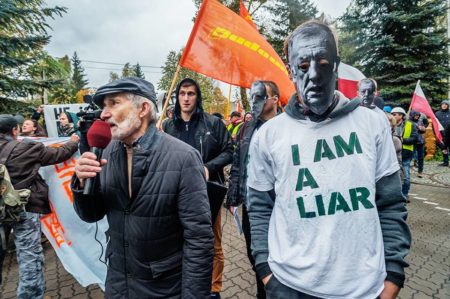