Three months of protests in the Forest and another blockade

Three months of protest in the Bialowieza Forest

Yesterday three months passed since the first blockade of heavy machines cutting down the Bialowieza Forest. The logging has not come to an end – neither have the blockades.

Yesterday a harvester and a forwarder were blocked for about two hours near Świnoroje, in Browsk Forest District. Later on, the machines did not work there anymore. It is a success, bearing in mind that c. 70 armed forest guards from all over Poland had been sent to the Forest to fight with the activists, and they are additionally supported by a few police cars from Bialystok. The guards behave in an aggressive way, often abuse their power, e.g. using sexist language and behaviour towards women activists, applying hate speech and, most of all, physical aggression. Additionally, many guards do not want to present their documents.

’Absurd behaviour of forest guards and violation of citizen rights are increasing. During the three months the situation has changed completely. Our protests remain peaceful, however, on the part of the State Forests there is no peace-making and no will for a dialogue. We are slandered, bullied, and constantly offended,’ says Joanna Pawluśkiewicz, an activist from the Camp for the Forest.

The Ombudsman has already addressed the Police Commissioner of Hajnówka District twice, reminding him that the freedom of assembly should be guaranteed.

’During the last three months illegal logging of natural forest stands in the Bialowieza Forest were blocked about twenty times. Sometimes the blockades were held in a few places at the same time. Some protests lasted for four days. Altogether, over 500 people from all over the world were involved in the protests,’ sums up Jakub Rok.

According to many, the Forest has become a battle field. Especially the Czechs offered huge support to Polish activists. Many activists have or will stand trial.

’I didn’t expect that the group defending the Forest on the spot would become so numerous and so diverse. The grassroots civil movement ”Camp for the Forest” gathers together people from all walks of life – from biologists and artists to local inhabitants. The actions slowed down the logging and helped draw attention of world public opinion to the issue of Bialowieza Forest’s devastation,’ explains Adam Bohdan from Wild Poland.

The Camp has been visited by world’s major news agencies, lots of guests from all over the globe, tourists and activists. Films, TV reports, articles have been created about the Camp and its goal. The Camp has become an important information and protest centre, taking active part in the monitoring of the range and the scope of the logging. The works of the group are going to be continued until the illegal and devastating overexploitation of the Bialowieza Forest comes to an end.

Below a film and some photos from yesterday’s blockade. 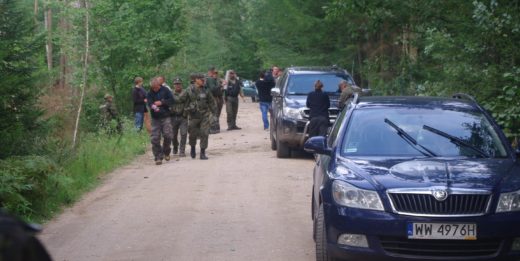 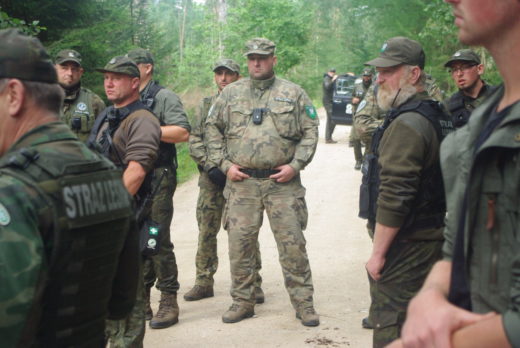 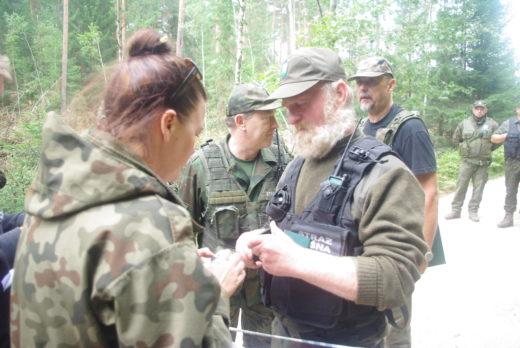 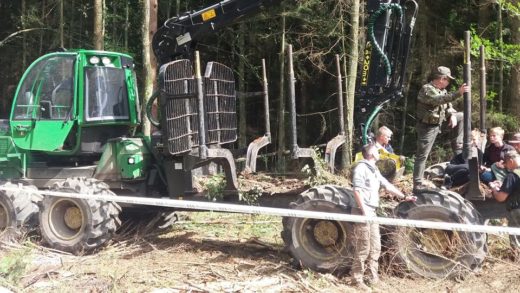