Court of Justice of the European Union: logging in the Białowieża Forest is illegal – final verdict

Court of Justice, the most important court of the European Union, issued today a sentence on the Białowieża Forest case. It states that intensified logging, ordered by Jan Szyszko, (Polish Minister of Environment until December 2017) is against the European law. The sentence is in force from the moment of its announcement, The Minister of Environment is thus obliged to follow it immediately.

The coalition of non-governmental organizations fighting for the forest, together with the Camp for the Forest, perceives the Court’s sentence as a grim lesson to be taken by the Minister of Environment. Obviously, we are pleased that the European law that protects the most precious fragments of the continent, has saved Białowieża Forest from intensive logging, which would have transformed this world-scale unique place into a common production forest. It is a great victory for all Poles who care for the Polish natural heritage.

At the same time, we are sorry that the Polish minister treated the Białowieża Forest, our natural gem like a plantation and only the Court’s intervention stopped him. We urge Minister Kowalczyk to override the legal documents that had allowed this logging. From now on all decisions regarding logging in the Białowieża Forest will be regarded from the perspective of being in accordance with this sentence. Multi-million penalties apply for ignoring it.

We believe that the Minister will go back to undertaking actions so as to protect the Białowieża Forest from being logged.

It was President Lech Kaczyński who set an example how it should be done years ago. It was he that motioned a draft bill in 2006 to expand the area of the national park, which still remains a good point of departure for considering the future of the Forest.  We believe that the entire Białowieża Forest deserve the highest form of protection provided for in the Polish law, that being a national park. This is the only solution that will allow to permanently save this extraordinary forest and preserve its natural assets so that it could serve posterity and support the economic tourism-based development of the region.

By means of a reminder, pursuant to the decisions from 2017 on increasing the logging in the Białowieża Forest, which were appealed against, over 190 thousand cubic meters of wood was logged, i.e. approximately 180 thousand trees. Over half of these were logged in the oldest, centuries-old forest stands subject to protection. Such an intense logging was last time observed 30 years ago, in the socialist era.

There remains a risk of further, limited acquisition of wood. We are concerned about plans of planting trees, that would turn fragments of the Forest into a plantation.

There is still a legal battle before us:

⦁     We would like to litigate against those responsible for devastating the Forest – the former minister and the functionaries of the State Forests.

⦁     There are several hundred cases in courts against activists participating in the protests. We hope that now that the European Court’s verdict has been announced, these will be withdrawn.

⦁     During the protests, the Forest Guards have repeatedly used unjustified violence against the protesters, blood was shed. We are thus notifying the prosecution of cases of the Guards abusing their competences and causing bodily harm during protests. Some activists still feel the effects of these interventions. 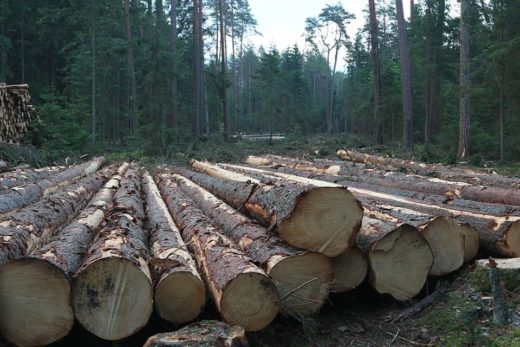 photo credits: Adam Wajrak and Camp for the Forest