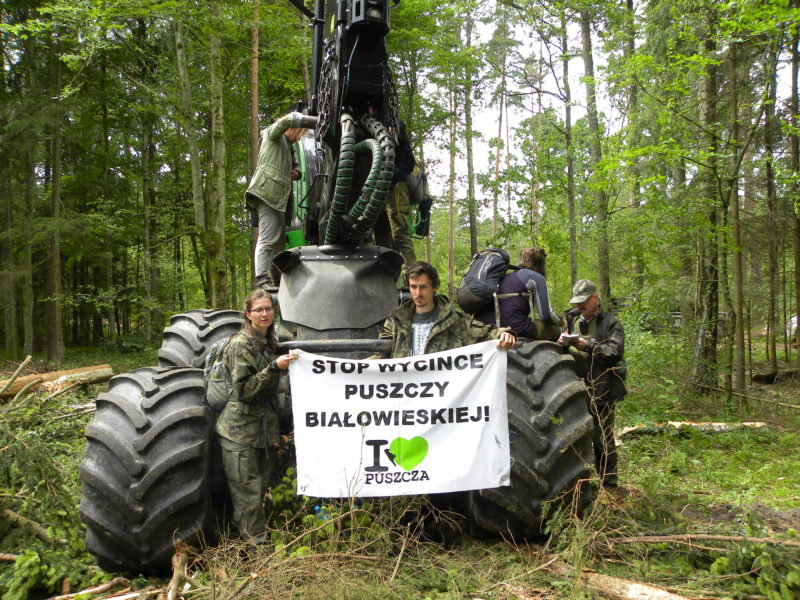 There were two blockades in the Forest yesterday.

It was a historical and symbolic moment of fight fot the Forest with 2 machines blocked at the same time here and UNESCO deciding on the future of this World Heriatge Site in Cracow. And even more so, because the activists were able to block the machines despite the national mobilization of the Forest Guards.

The Directorate of State Forests has ordered a nationwide Forest Guard mobilization to set up a group to protect harvesters from being blocked. With a lot of courage and determination the Huta Dahu’s activists, the Friends of the Earth Foundation, the Polish Wildlife Foundation, and people from Spain and the United States blocked the harvester’s work near Sorocza Nóżka near Hajnowka.

The situation on the 8th blockade got very difficult. The man  behind the harvester’s wheel didn’t want to stop the machine, in spite of explanations and requests. He could have badly hurt the activists. Also the police and guards appeared at the site. They were openly agressive and used force. They also surrounded the activists on the harvester and prevented access of the media. One of the activists was brutally arrested. Finally, in the afternoon, on the news from Cracow the blockade came to an end.

The blokade near Topiło is continued  – third day in a row!

Today activists are also checking if Szyszko is still logging despite of UNESCO decision.

We will let you know about this what is happening in the Forest in the afternoon.

RAW files from the 8th blockade 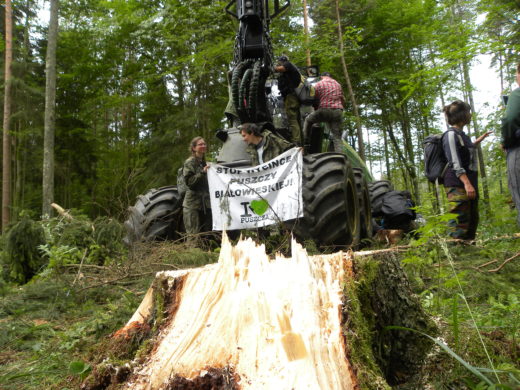 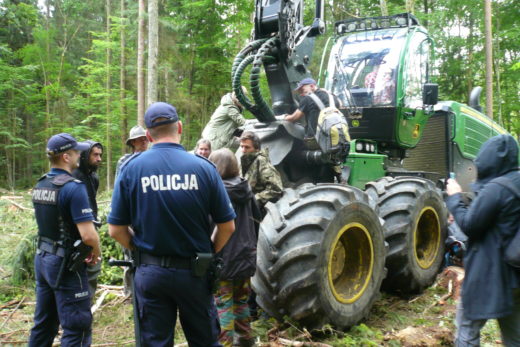