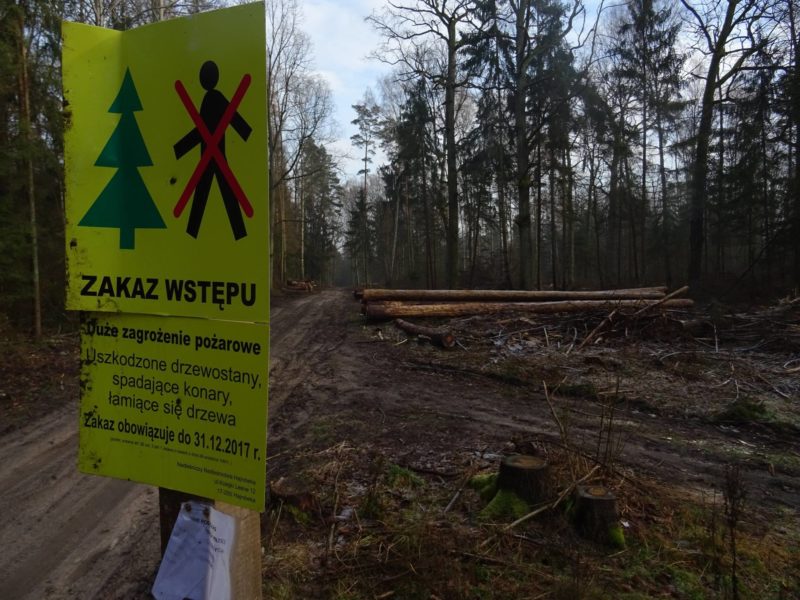 On December 22., Hajnowka Forest District closed itself for public access. Not only was there no reasonable explanation of this decision, but also it was issued just before the Christmas holidays, which proved harmful for local tourist industry.

The person behind this decision is the head of this forest district, Grzegorz Bielecki – responsible for mass logging, violent actions against the activists and, at the same time, the main candidate for the post of the director of the Bialowieza National Park. The ban was issued just before Christmas holidays, when tourist come to Bialowieza and want to explore the Forest. This was much againts the interest of local tourist industry. After checking it out, it became clear that the area excluded from public access covers much of the area where logging had been already conducted for safety reasons. This fact seems to show how futile and senseless the safety cuttings have proved to be, if 200,000 felled trees did not improve safety in the Forest.

Activists keep patrolling the Forest. Like before, they encounter much hostility from forest guards. But they do not give up.

Also local inhabitants are going to protest againsts this decision. On the 30th of December a march of disagreement with the State Forests’ policy is going to take place in the Forest.

Please, watch a video about what breaking the ban can mean in practise – that is, two activists stopped on Narewkowska Road.