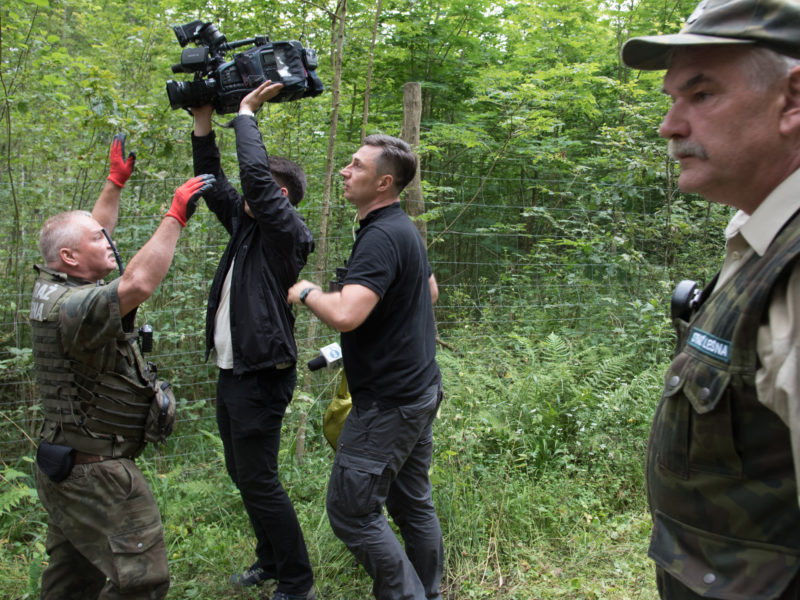 Four journalist of Gazeta Wyborcza (a newspaper gravitating towards the left-wing) who were reporting on the protests in the Bialowieza Forest have been taken to court. The official statement says: for breaking the ban on entering the Forest. The unofficial one: for spreading the news on the logging. Experts are of one mind – the freedom of media has been violated and the society is being deprived of their right to information.

On the 30th of May 2017, during the protest in Czerlonka, journalists reporting on the events were asked by the forest guards to leave the site of the blockade. When the reporters answered they were only doing their job, they were asked to confirm their identity, next, their data was taken down. The guards warned the journalist about the possibility of them being fined for breaking the ban. In October, however, the journalists were interrogated in Browsk Forest District of the Bialowieza Forest. They learnt that they could be asked to pay 3,000 PLN each for entering the Forest despite the ban and that the case would be brought to court.

This is not the first time journalists covering the story of logging have been taken to court. The same thing happened in October to a cameraman from Polsat TV. What is clear, the journalists are perceived and treated the same way as activists and not as people simply doing their job, namely, recording events and sharing the news.

The State Forests hide themselves behind excuses such as journalists’ safety, however, these are highly implausible and rather confirm the political reasons of such course of action.

After the interrogations, the journalists said that even the foresters stopped believing in the sense of the logging and agreed that at present it is just the policy and stubbornness of the Ministry of Environment. Yet, the State Forest employees could not understand that journalist had come to the Forest as a part of their job. Certainly, the presence of journalists makes it impossible to pacify the protesters without any rumour, which is what the State Forest are aiming at.

Amnesty International and other NGOs emphasized that neither the forest guards, nor any other forces should obstruct the work of journalists, especially that the issue of logging in the Bialowieza Forest has been such a significant one for the majority of Polish society.