The last days before the session in the European Court of Justice brought more dangerous but efficient protests.

We already informed you about the life threatening situation with the forwarder’s operator trying to run over a group of activists. (Read our previous post).

On September 6, about 50 activists from the Camp for the Forest and Greenpeace tried to block a harvester and a forwarder working to the north from the village of Teremiski, in an old-growth forest stand belonging to Białowieza District where timber harvesting limits were exceeded about a year ago. Machines managed to rush away to the parking lot, accompanied by the police and about 40 forest guards. In spite of the forest guards’ intervention, the protesters managed to take their positions in the vicinity of the parking lot. Initially, forest guards reacted in a very aggresive way, but later gave up any violence. A negotiator from the Ministry of Environment arrived at the site. Machines did not work on that day.

September 7. Machines did not work. Foresters transported timber from the Forest in a hurry. They were accompanied by 50 forest guards and the police that tried to prevent any blockade of the transports. 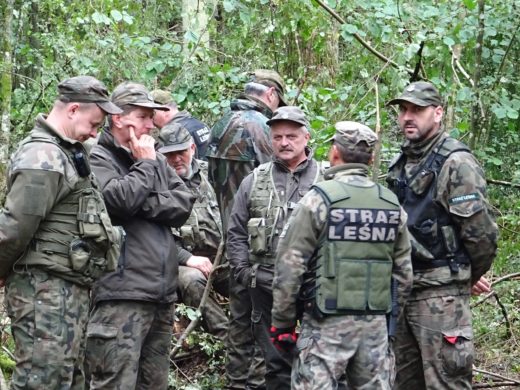 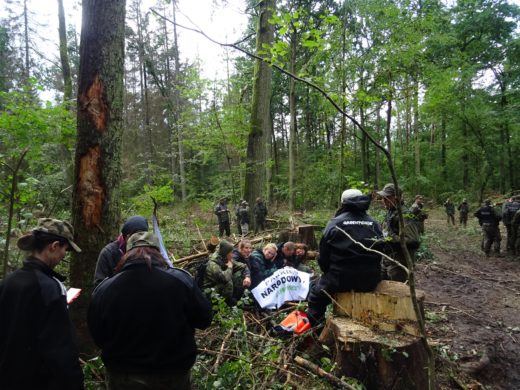