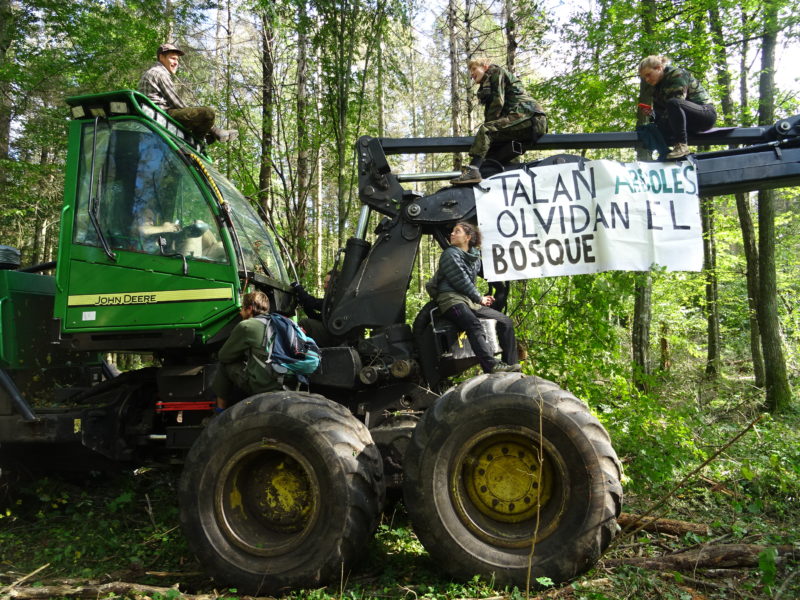 Machines in Bialowieza Forest District were once again blocked – more violence, girls harassed, Frenchman held at the police station for the night.

The 28th of September marks the deadline to respond to the European Court of Justice regarding European Commission’s application to punish Poland for the logging in the Bialowieza Forest. Despite the application for punishment, logging goes on. And so do the protests.

On the 27th of September a protest took place in the Białowieza District, one of the three local forest districts. At the site old-growth forest stands were cut down by heavy timber harvesting machines. About 15 activists from different countries, among others, from France, Spain and Italy, managed to block the machines. Those blocking the forwarder were violently pacified, their hands were brutally pulled out of the blocking equipment. Please, watch the video:

Protesters sitting on the harvester were not pulled down by forest guards. After four hours of blockade and on being ensured that machines would not be at work till the end of the day, activists decided to leave the machine.

About 50 policemen and forest guards were involved in the action against the activist. Among them Mirosław Juszczak, who is already known for nationalist opinions that were expressed by a badge on his uniform, saying: ‘Death to our motherland’s enemies.’ According to the State Forest’s spokesperson, he was not be sent to work in the Forest again. However, during the blockade, he was very active and seemed to be the person in charge of the whole action.

One of the activists was harassed – a forest guard was filming her while she was answering the call of nature.

The same forest guard, without any permission, was taking photos of an under-aged daughter of one of the activists, asking her to smile.

One French protestor was taken to the police station in Hajnówka, where he was kept for the night.

Please, have a look at the photos below, too. 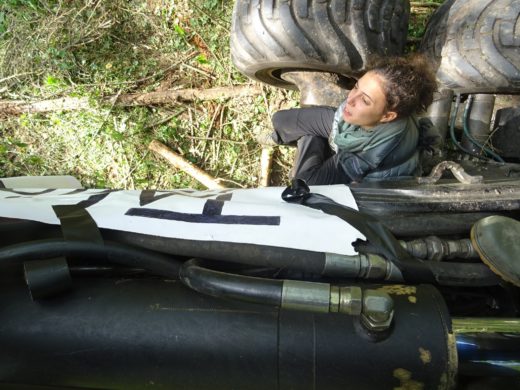 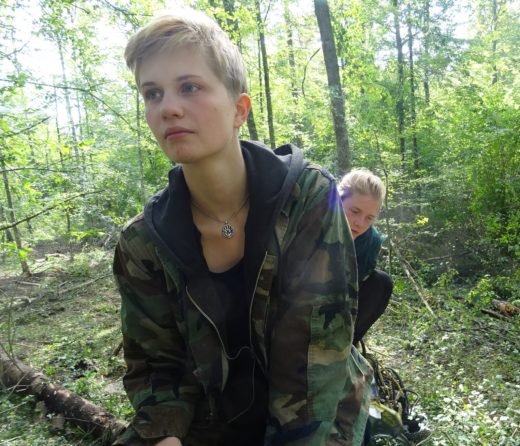 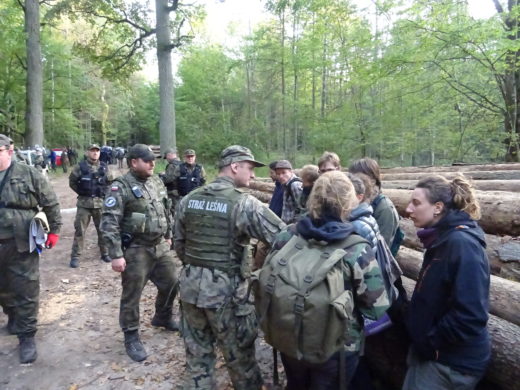