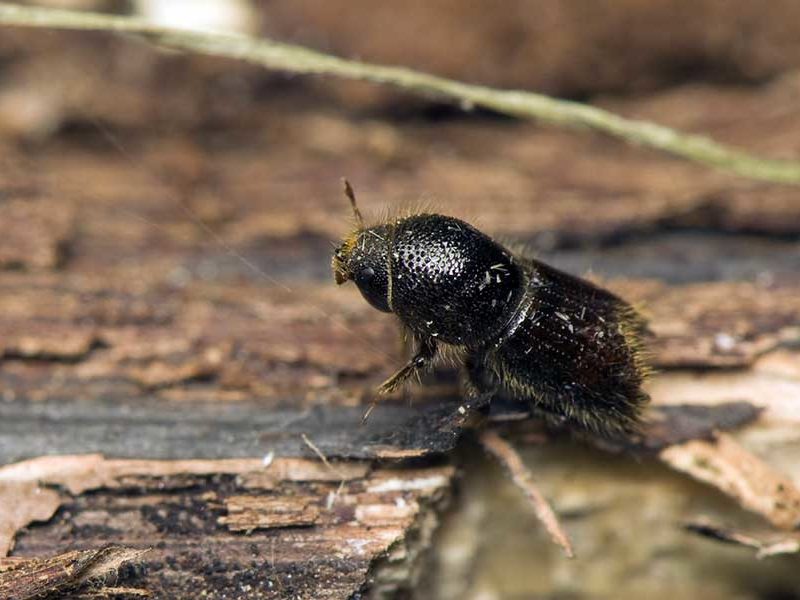 Professor Martin Schroeder from the Swedish Agrigultural University in Uppsala, who is considered to be one of the best European specialists on the spruce bark beetle, has given an interview for the Science & Scholarship in Poland website.

In the interview he emphasizes the fact that bark beetles’ outbreaks are a part of natural processes, yet, as woodlands in Europe have been greatly transformed, there is not much scientific data on this subject. It is known, however, that extreme weather conditions (e.g. draughts, high temperatures etc.) can enhance outbreaks. He aslo states that as spruce was less numerous in natural forests than in the man-planted ones, these outbreaks must have been less frequent.

Secondly, spruce bark beetles develop a few generations and are on search of new trees through most of the summer. Besides, the groups of still green and live trees can be very small and, as such, more difficult to find.

The above mentioned reasons speak against sanitary cuttings.

What is more, when the bark beetle’s outbreak takes place on both protected and manager areas such mosaic sanitary cuttings are totally and even more inefficient.

Proffesor also mentions that felling old dead spruce trees that had been already left by the bark beetles should not take place. There are many species closely connected with dead wood, some of them are even natural enemies of bark beetles.

Finally, Professor was asked about existance of a method of fighting the bark beetle but without harming the biodiversity. Unfortunately, he replies, sanitary cuttings can only be conducted during summer, which leads to loss of many unique organisms. Therefore, if the ultimate goal is conservation of natural processes and of bioderversity, refraining from any kind of human intervention into nature can by no means be the best solution.