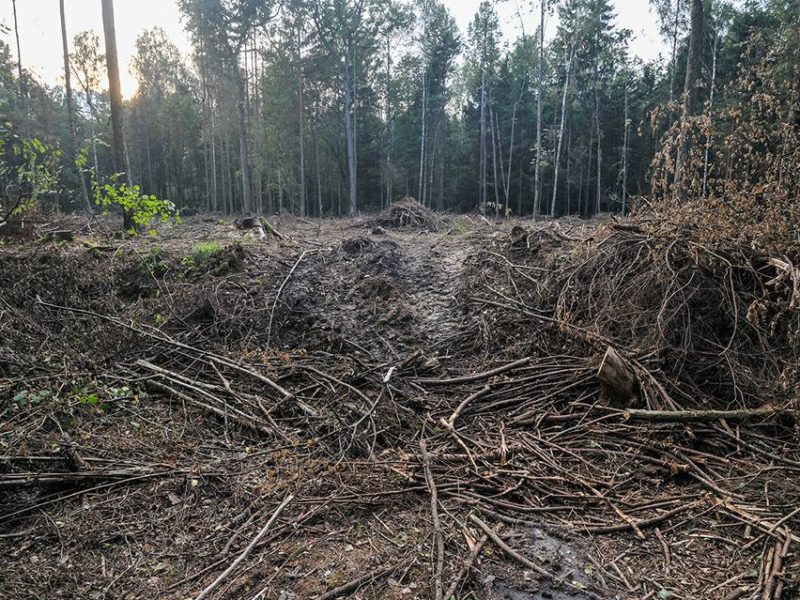 On the 21st of September more hearings of activists accused of violating public order took place in the court of justice in Hajnówka.

The accusation refers to the blockade in Czerlonka on the 8th June, when activists protested against breaking the law and illegal logging taking place in the Bialowieza Forest. Their protest allegedly outraged workers of the State Forests and members of the local community. The blockade, however, was meant to block the logging site so that scientists could assess the scope of logging and inform the EC and UNESCO about the situation in the Forest. Eventually, they were not allowed to enter and the whole area was dominated by forest guards. Read more about the blockade HERE.

In the court activists said that their actions aimed at protection of old-growth forest stands are something to be proud rather that accused of. They also explained that their conduct was necessary to prevent greater harm such as illegal and devastating timber extraction at the World Heritage site.

Next hearings are going to take place in about a month.