Trucks with timber blocked in the Forest

On the 16th of August another blockade of trucks carrying out logs from the Forest took place on one of the forest roads. Two trucks were transporting logs from Bialowieza Forest District – European Commission and the European Court of Justice banned logging and removing timber from this forest district. The timber was extracted in the III UNESCO zone, where no logging is allowed.

The timber was bought by a TRAK-DREW company from the south of Poland. The company buys even 10,000 m3 from the Forest per year. It has the FCS certificate and therefore should not be buying wood from the Bialowieza Forest. Bialowieza Forest districts do not have this certificate. What is more, the company supports local right-wing movement.

Shortly after the blockade, foresters tried to block journalists filming the illegal logging.

As the result of the action the whole transport of timber was unloaded and the logs were returned to the Forest. It is a small but significant success. 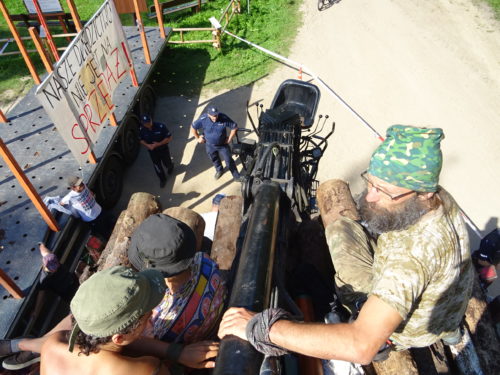 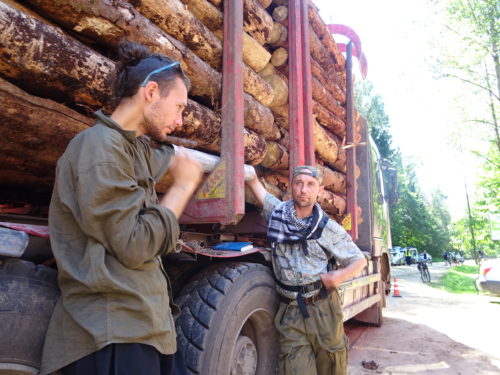 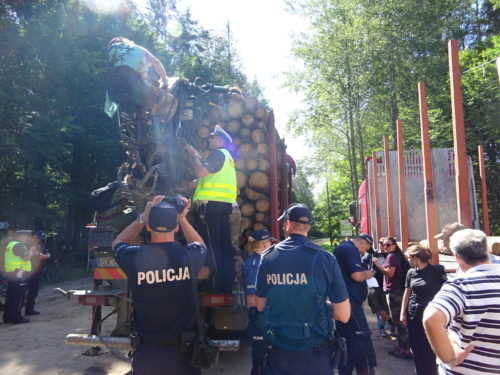 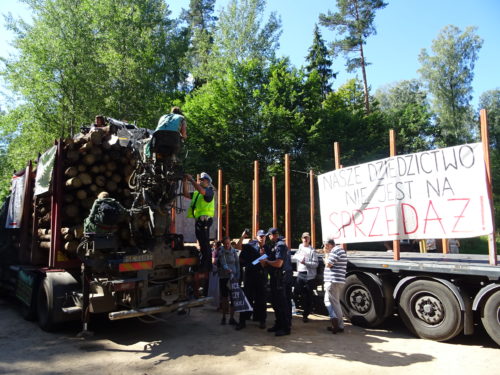